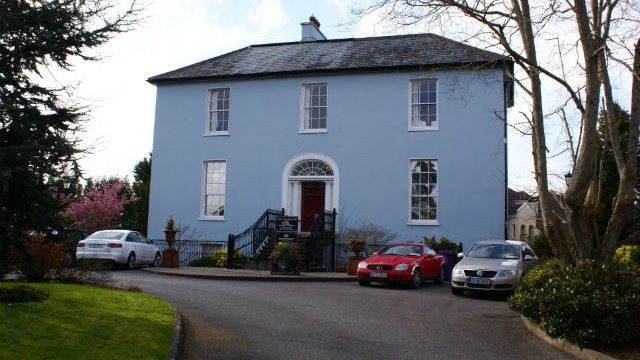 Thomas Somerville Reeves, a merchant, built Tramore House in 1822, on land leased from William Coppinger. The Reeves family claimed descent from ‘a very respectable family in Sussex’, one of whose sons came to Ireland during the reign of Charles I. This was a gentry family, rather than a noble one, who were prominent locally but not nationally. Somerville was his mother’s maiden name; it given to the child to emphasize his maternal family, a common nineteenth-century practice that shows the importance of lineage and descent. Thomas’ father, Joseph, had been a neglectful parent and family tradition stresses the poverty of Thomas’ early years. Joseph had been in business with Isaac Morgan, who subsequently employed Thomas 1 The son proved more able than the father, making a fortune from trading with the firm of Morgan and Reeves, which was based in Buckingham Square. 2 In 1819, Thomas married Rebecca Morgan, his employer’s daughter and together they raised 7 daughters and 3 sons in Tramore House.

It was a large family home on over 23 acres, with more than 13 rooms and 10 outbuildings. 3 At a rateable valuation of £110 in the 1850s, it was one of the most valuable properties on the city side of Douglas village. It overshadowed other Big Houses in the immediate vicinity, such as Eglantine, Endsleigh and Ballincurrig Cottage. 4 This house was testament to the success of a man who, when he started in business, had little more than a respectable family name. Thomas Somerville Reeves had become a wealthy merchant and he invested in property around the city, earning a living from ground rents. In the 1850s, he owned 18 properties on Great Georges Street (now Washington Street). 5

His wife, Rebecca, was a very religious and philanthropic woman, characteristics she passed on to her children. Two of her sons, Isaac Morgan Reeves and James Somerville Reeves, became Anglican clergymen. One family legend tells that she cut off a daughter’s hair, to teach her a lesson about vanity. 6 She also built a school on her estate for the provision of education for poor children which was owned by Thomas S. Reeves according to Griffith’s Valuation (1850-2). 7 During the Famine, the resources of the family were taxed by the overwhelming need of the poor. The Reeves established a soup kitchen to help feed the starving, dismissed servants and killed the family dogs, probably to save them from being eaten. But their efforts could have little effect in the face of such a calamity: Elizabeth Reeves wrote that people fed in the soup kitchen often dropped dead in the street. 8 Rebecca’s philanthropic example affected her unmarried daughters – Mary, Henrietta and Susannah – who were also very interested in charitable works and poured much of their energies into their local church, St Luke’s. The ladies were left Tramore House and all Thomas’ property when their parents died. Family history tells that other family members challenged the will, but that the three women succeeded in keeping the estate. 9 They spent much of their money and time on charitable works: Henrietta founded the County Cork Industrial Association while Mary built a café at the tramway terminus in Douglas, to provide non-alcoholic refreshments for travellers. 10 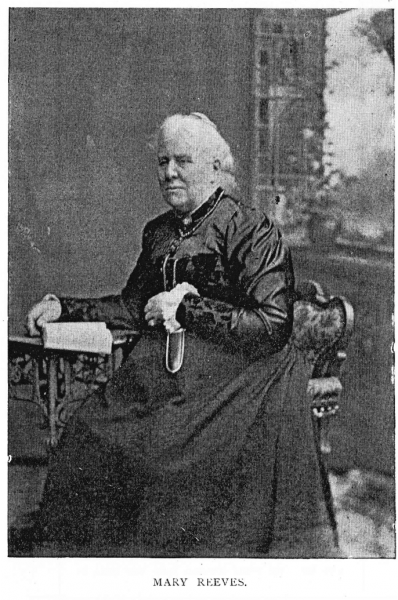 When the 1901 census was taken, Mary and Henrietta were still alive, living in Tramore House with five servants. 11 Henrietta died in 1903, while Mary passed away in 1906. 12 The house was left to her nephew, Thomas Somerville Reeves who lived here with his wife Olive Susan (nee Collins13) when the 1911 census was taken. The radical inclinations of the Reeves continued to this generation, as Thomas, son of an Anglican clergyman, and his wife described themselves as ‘Protestant Undenominational’ to the census taker. 14 Also in the house was Samuel Holt from the South Africa General Mission, a Protestant evangelical missionary organisation founded in 1889. 15 Thomas didn’t stay long in Tramore House, selling the property to the Presentation Brothers in 1928. He gave most of his money to the poor and then moved into a house on George’s Quay, where he lived alone. The house was empty and the walls bare, save for religious phrases that he wrote on the walls, such as “Holiness unto The Lord” and and “In the midst of life we are in death”. 16 Eventually, Thomas left Cork and died in Africa. 17 Novices of the Presentation Brother Order were trained in Tramore House but it also served as temporary accommodation for Gaelscoil na Dúghlaise until a dedicated school building was constructed. In 1995, it was sold for development and the surrounding housing estate was built.