Many people in Douglas will be familiar with the clock in the spire of St Luke’s church. When walking through Douglas Community park, or supervising children in the playground, many of us will have heard the clock strike the hour. Installed in 1889, the clock has struck every hour since, keeping good time for the people of Douglas.

The clock was the gift of Miss Mary Reeves, the eldest of 3 unmarried daughters who inherited the estate of their father, the merchant, Thomas Sommerville Reeves. Living in Tramore House, which now nestles behind the houses in Reeveswood, Mary and her sisters Henrietta and Susannah spent their time and money on good works. Chief among their interests was their own parish church in Douglas. The energetic Mary was a driving force behind the present church building, even though as a woman, she was barred from holding any administrative office in the parish. But as a wealthy donor, Mary was hard to ignore. 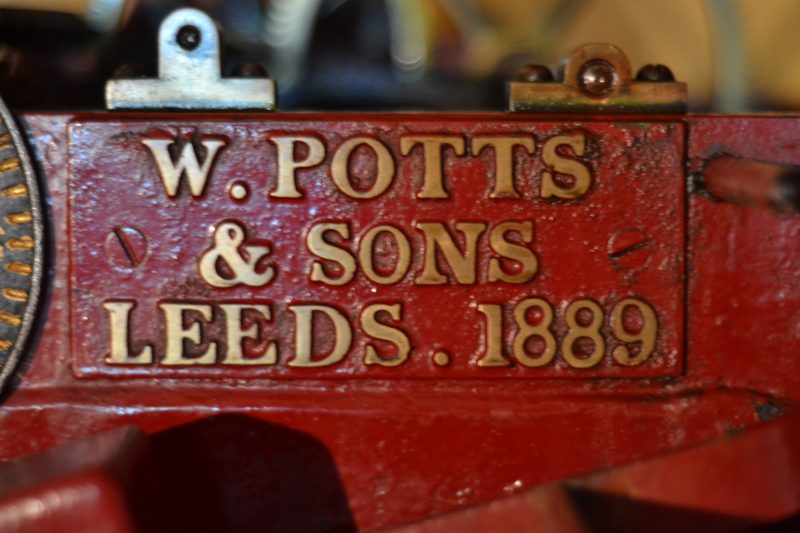 When the church opened in 1875, the spire existed only in the architect’s plans. The Reeves sisters fundraised indefatigably for this building project, organising flower shows and fairs to collect money. When construction stalled in 1888, Mary and Henrietta offered 100 each to the building fund, if the spire was finished by May 1889. With guaranteed funds and a tight deadline, the parish was sufficiently motivated to finish the job on time. In a final gesture of generosity, Mary Reeves donated the clock and bell so that the spire could be functional as well as beautiful. It is said that the canny Mary insisted the clock be placed on the northern side of the spire, facing towards her own house on the Douglas Road. Thus she would always be able to read the time on the clock she purchased. We do not know why Mary chose to purchase the clock from a Leeds firm, William Potts and Sons, rather than a Cork maker like Mangan’s. Along with the organ, which was also made in Leeds, the clock hints at personal connections between Douglas and northern England. 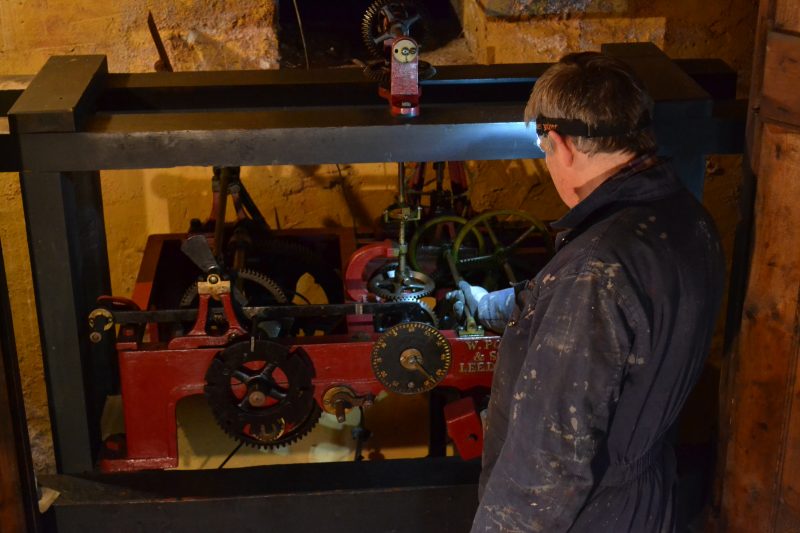 Both organ and clock now need restoration, and the parish has decided that, after 128 years, the clock requires expert care. Unlike many nineteenth-century public clocks, it was never mechanised, being wound every week by a parishioner. But the bell is now silent, following the clock’s removal by Stokes Clocks of MacCurtain Street (as shown in the photographs). The clock face also requires attention, and the parish plans to repaint the hands and numbers, if funds are available. Sadly, there is a shortage of spinster heiresses in Douglas today, but the Rector is always happy to hear from potential donors who would like to help the parish maintain this public clock. When Stokes have finished their work, the bell will strike the hour across Douglas once more, hopefully for another 128 years.

Want to find out a bit more about the history of Douglas? Why not start here: http://douglastidytowns.ie/heritage-trail/.