We have contacted all Cork South-Central candidates running in the 2016 elections on February 2nd via email. Below is the content of this email:

In an effort to ensure that Douglas Village remains a picturesque and environmentally friendly place to live in, to work in and to visit, Douglas Tidy Towns has decided to follow in the footsteps of other towns such as Cobh, Clonakilty and Blarney and to ask all the candidates in the upcoming General Election not to erect any election posters in Douglas Village.

Specifically, we are asking you not to put up any election posters in the following areas:

The attached map may be of assistance. We are asking you not erect any posters inside the red boundary on the map.

We would also like candidates to:
– show restraint regarding the number and size of election posters
– refrain from erecting posters on green spaces
– remove the posters and cable ties in a timely manner after the General Election.

Your co-operation in this matter would be very much appreciated.

If you have any queries please don’t hesitate to email us at this email address.

Best of luck in the campaign. 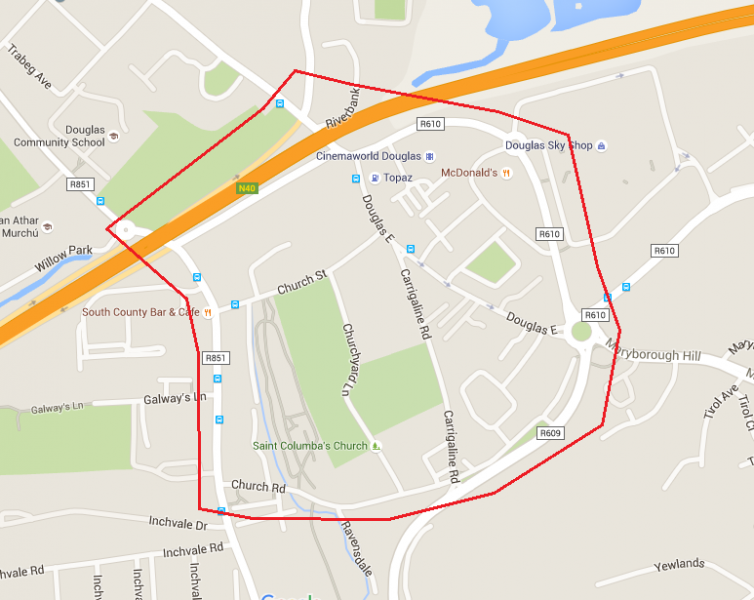